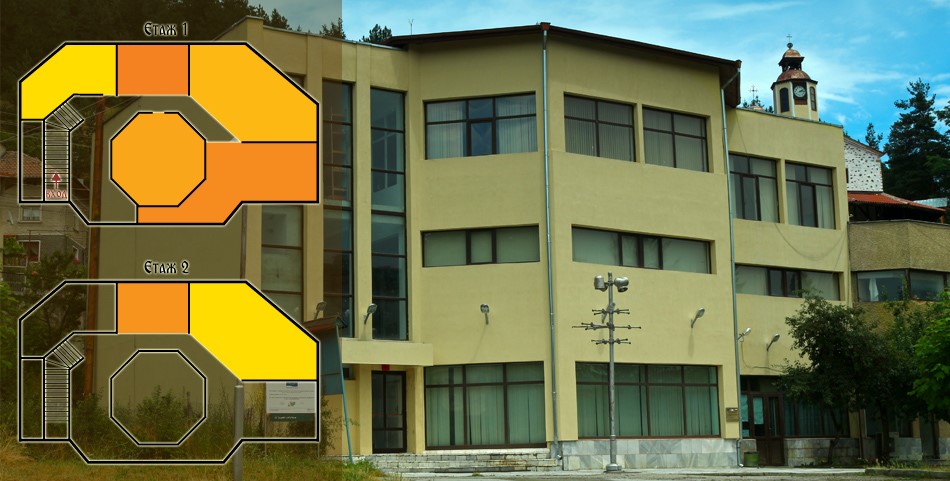 The historical museum collection in Belitsa was founded in 1968 by the local historian, local historian and Chitalishte activist Stoil Koshov. At the beginning the collection is housed in one of the halls of the community center. To this day it is part of the activities of the community center “Georgi Todorov 1885”. In 1983 a special building was built for the needs of the museum collection, in which the museum is housed to this day. This is the only museum on the upper reaches of the Mesta River.
The Historical Museum in Belitsa in its seven departments with different orientation, located on an area of 520 square meters, preserves the rich history and ethnography of this region. In the two halls “Archeology”, and the halls “Vazrazhdane”, “Present”, “Ethnography”, “Exhibition-Bazaar” and “Gallery” visitors can touch the rich historical past of the municipality and get acquainted with the way of life in Belitsa from the past to the present.
The Virtual History Museum walks you through the halls of the Keeper of History, preserved between its walls. And to feel the spirit and messages of our legacy, visit the Historical Museum itself, located in the center of Belitsa (for contacts with us) and you will be pleasantly surprised.
Contact us: tel. +35974442815, GSM +359878485750
The Center for Tourist and Cultural Information is located in the same building
Contact us: +35974442815, GSM +3598958989261 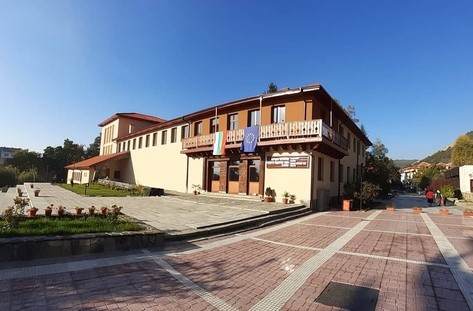 G. Todorov National Chitalishte in the town of Belitsa dates back to 1885, as an educational circle “Dawn” with 20 volumes of literature brought by Belitsa residents who participated in the Bulgarian militia. Since 16.08.1908 the Chitalishte has its Statute, Board of Trustees and Inspection Commission registered in the Samokov diocese.
Since its founding, the Chitalishte in Belitsa, as a public institution working for and with its community, through its various forms of work – libraries for children and adults, schools and clubs, fairy tales and parties, lectures, local rites and customs, singing and dance folklore groups, public formations, etc. , is the natural and the only spiritual center on the territory of the town of Belitsa and the municipality in which children, youth and elderly people from all social, health and ethnic strata of the population are attracted.
Chitalishte “Georgi Todorov” works in its own building, which is located in the center of Belitsa and there are 2 of them. libraries with departments for adults / 34 872 volumes of literature / and for children / 8 250 volumes of literature / located in separate rooms with a common fund of 43 132 volumes of literature /. The library performs the role of a central chitalishte library, which distributes the library materials for chitalishtes from the municipality. The community center employs 5 amateur amateur folklore and vocal groups. circle, 3 music schools, 1 folk dance ensemble, 1 pc. theater group for local rites and customs. Museum collection located in its own modern building / the only one along the upper Mesta river, with six departments: archeology, revival, ethnography, art gallery, new Belitsa, exhibition-bazaar by locals.
The Chitalishte in the town of Belitsa is a main factor in the development of the local culture and education and receiving information. It has a huge potential to help meet certain cultural and educational needs and to strengthen civic participation. Chitalishte “Georgi Todorov-1885” in the years of transition has become an important factor for social change. With its status of a self-governing cultural and educational association performing not only local and regional but also state tasks in the field of culture, education and sustainable development of tourism, the opportunity for real self-government and civic participation has been ensured. The numerous events that the Chitalishte organizes are not closed only for its members and amateurs, but for people of all ages and social status. We expect these approaches to change its appearance more and more with its modernization / modernly renovated, renovated and attractive building, traditional and new forms of work for the benefit of the community / need to strengthen the chitalishte activity. This complements the services offered and diversifies its activities with new initiatives. The inclusion of the Chitalishte in the implementation of services in the social sphere helps to introduce the initiative “Lifelong Learning”, which complements the content of the new mission of the Chitalishte.
Aiming to maintain and implement its traditional and new forms of work for the benefit of society, the board of trustees and the team of the Chitalishte pay serious attention to the younger generations by implementing educational programs, book meetings, health talks, interactive games, educational and entertainment initiatives. tourism development and environmental protection. Involvement of more children and young people for their active participation in the life of the settlement.
Chitalishte “Georgi Todorov-1885” works in partnership with national and international governmental and non-governmental organizations and departments, cultural and educational institutions, local authorities, business, striving to implement and build on good practices and initiatives to expand the range of activities in public importance areas and priority areas. In its structure are the historical museum and the tourist information center. The Chitalishte is a major factor in the development of tourism. 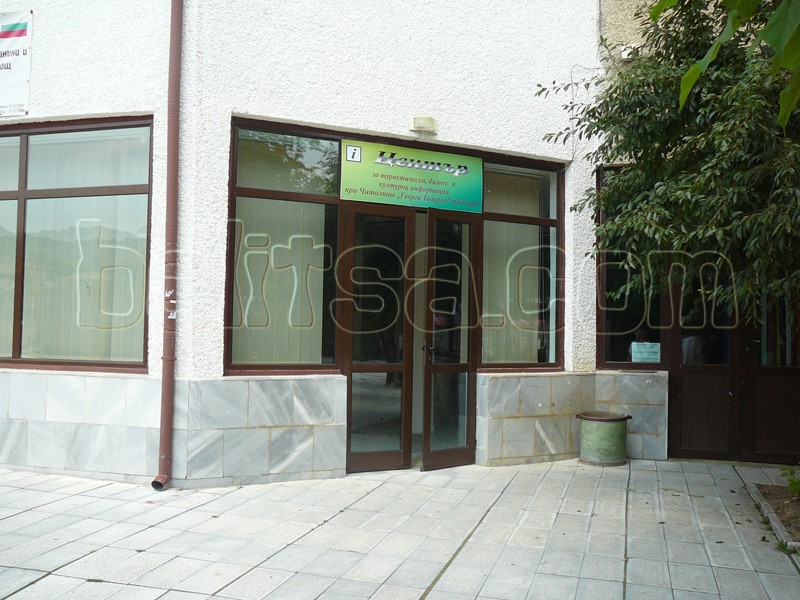 The tourist information center is located on the ground floor of the Belitsa Historical Museum. TIC-Belitsa provides information about the tourist attractions that you can order or join; information about the schedules of the different types of transport, to order or buy tickets; organizes the movement, stay and entertainment when visiting sites and landmarks not only in Belitsa, but also in neighboring towns or resorts, providing a guide-interpreter of biodiversity on the seven eco-trails built in the region; offer individual and collective programs for all hobby lovers: wildlife and bird watching, insects, butterflies, fishing, photo safaris and horseback riding. Good practices in tourism are presented by the team of Chitalishte “Georgi Todorov-1885” with TIC and museum to Bulgarian and foreign guests in the resort town.

The Chitalishte in the village of Gorno Kraishte is an important factor in the development of the local culture, education and receiving information. It has a huge potential to help meet certain cultural and educational needs and to strengthen the participation of local people in traditional and new forms of work.
Aiming to maintain and implement their traditional and new forms of work for the benefit of society, the board of trustees and the team of the Chitalishte pay serious attention to the younger generations with the implementation of educational programs, book meetings, health talks, interactive games, educational and entertainment initiatives. Involvement of more children, youth, local institutions and citizens for their active participation in the life of the settlement. The Chitalishte has a library for adults and children, and two folklore ensembles. He is a participant in regional, national and international festivals. Supports the development of tourism at the local level.

National Chitalishte “Zora -2011” is the only cultural institution in the village, which manages and organizes events and concerts for the villagers. Here the family memory is preserved, here are the roots, here is the way of life and tradition, here is the innovation, here come the people, because the community center has won the name of an authoritative cultural institute, ready to accept the challenges of the new time, to responsibly deal with serious topics and all this with the sole cherished goal – to make the workday more beautiful and to fill the holiday of our local community with content.

The main activity, as traditional, self-governing Bulgarian, educational associations in the settlements is to carry out cultural life and involve citizens in science, art and culture, to work to preserve the customs and traditions of our settlements, to organize initiatives such as festivals, fairs and celebrations at local, regional and national level, to involve the young population of the village of Babyak to continuity, to preserve and maintain local traditions and customs to the development of local tourism and national tourism. The Chitalishte in the village of Babyak is an important factor in the development of the local culture, education and receiving information. It has a huge potential to help meet certain cultural and educational needs and to strengthen the participation of local people in traditional and new forms of work. National Chitalishte “Awakening-2011” is the only cultural institution in the village, which manages and organizes events and concerts for the residents of the village and the nearby villages Chereshovo, Ortsevo, Lyutovo, Kuzyovo, Galabovo.